This afternoon our family had the pleasure of attending a concert at our church by the Navy Band Chamber Players.  One member, seen preparing to conduct in the photo below, is also a member of our church.  The concert was wonderful and the musicians are all very talented. One of the blessings of living in the D.C. area is that we get the opportunity to take advantage of hearing wonderful music from the various musical groups of our Armed Forces. It is a part of their mission.  From the Navy Band’s website:

The United States Navy Band’s mission is to provide musical support to the President of the United States, the Department of the Navy, and other senior military and government officials. Through ceremonies, national tours, public concerts, and recordings, the United States Navy Band inspires patriotism, elevates esprit de corps, enhances Navy awareness and public relations, supports recruiting and retention efforts, preserves our nation’s musical heritage, and projects a positive Navy image at home and abroad.

In carrying out their mission, they are truly music ambassadors!  If you ever get the chance to attend a concert by any of the musical groups of the Armed Forces, I highly recommend and encourage that you do so – you will not be disappointed! 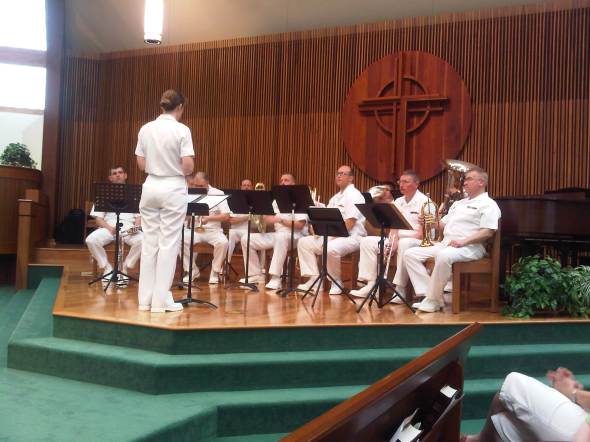 One thought on “Music Ambassadors”