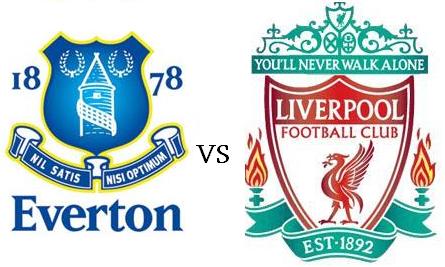 Everton lost their FA Cup semifinal to Liverpool today, 2-1.  (Here’s the match report.)  It was a game, as described by Everton boss David Moyes, of mistakes: “There was nothing between the teams today. Mistakes proved defining and that was there for all to see.”  Unfortunately, Everton made two mistakes to Liverpool’s one.  I wasn’t able to watch the game live, but I did see a replay of the three goals.  All three involved mistakes.  Liverpool’s mistake led to Nikica jelavic’s goal for Everton.  Everton’s Sylvain Distin (Suarez’s goal) and Seamus Coleman (foul that led to a free-kick deep in Everton territory that led directly to Carroll’s goal) both took responsibility for their mistakes, especially Distin.  In a post-match interview, he took responsibility for the loss on himself.  I think he’s being a little too hard on himself, but it is nice to see someone accept responsibility for making a mistake.  There’s not enough of that in our world – no matter the profession or situation.  But the captain, Phil Neville, said it best when he tweeted, “As a team we win and lose together we all take responsibility it’s all our fault it’s what makes Everton special.”  Once again, another example of why Everton is such a good club to follow and support – they have genuinely good players (and not just talent-wise).  Moyes is a great manager and the fans are wonderful supporters, as evidenced by the team applauding the fans after the loss and getting a warm reception in return.  They had a great FA Cup run and despite all the financial limitations that have been present during his 10 years at Everton, Moyes has the team playing above (reasonable, if there is such a thing) expectations.  Here’s hoping Everton can get over this loss quickly and finish out the Premier League campaign on a strong note.  COYB!