During our Christmas vacation last December, Ainsley asked my brother-in-law Jeremy if he would take her fishing.  (She actually asked Jeremy this last summer, but it was way too hot then.)  Jeremy, Ainsley, Allison (she wanted to go, too), and I went fishing over by the Bosque River Ballpark complex on the campus of McLennan Community College in Waco.  Here are a few pictures of our successful fishing adventure.  Both Ainsley and Allison caught fish (with a little help from Jeremy).  I even caught a fish–and I’m slightly embarrassed to say that I’m pretty sure it was my first catch. 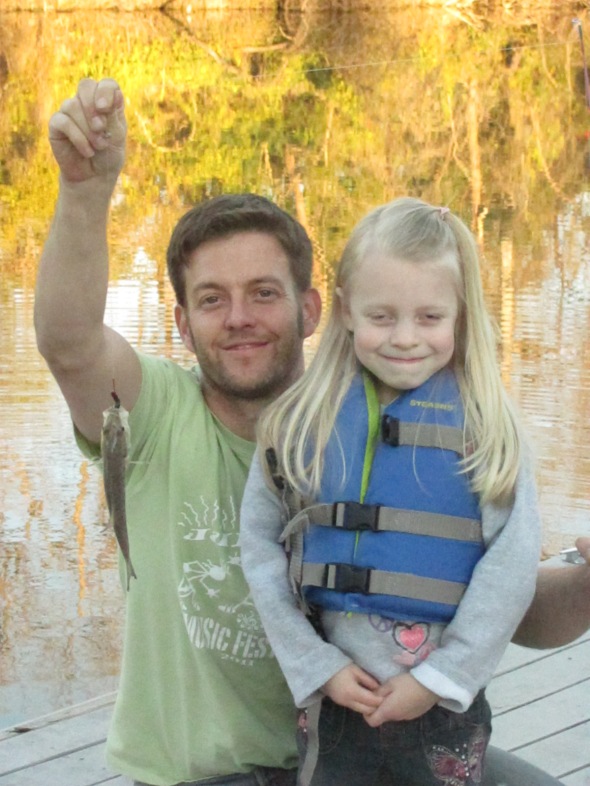 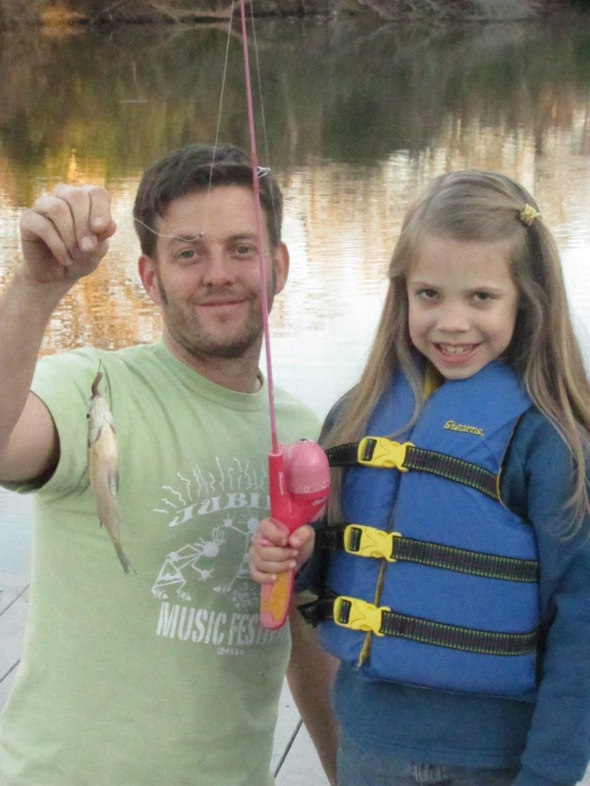 I was reminded of this adventure as I was watching Kansas come from behind to defeat Ohio State and advance to the National Championship game to be played on Monday night against Kentucky.  Kansas is Jeremy’s favorite team, and I can only imagine the range of emotions he experienced while watching tonight’s game.  Maybe KU will have to add another year to the banner below after Monday night’s game.